Opinions of lawyers dealing with pharmaceutical industry on Internet promotion 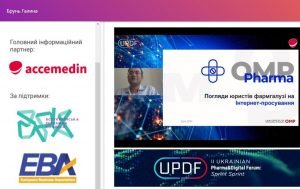 Mykola Orlov, managing partner of OMP, spoke about the prospects of Internet promotion for the industry.

Namely, the events of the last “quarantine” year have shown that the AMCU carefully examines all promo texts, regardless of the method of their transmission, including the Internet. At the same time, the legal restrictions on the advertising of medicines are applied by the regulator to online publications in full.

It is important to point out the following approaches of the AMCU:

Despite the INCREASED ATTENTION to the Internet promotion of medicines by regulators, certain aspects of such promotion still remain in the “grey zone” of Ukrainian legislation:

We still do not have a clear position of the regulators to distinguish between these types of information. SO each party – business and government – interprets the grey area in their favor…

In addition to the gray area, the Internet allows you to place information in “offshore” or “anonymously”:

Here the question arises of whether such information is regulated by Ukrainian law and who will be responsible for it.…

For the past three years, public authorities have been studying the interaction of industry with doctors…

At least four criminal cases are already known, which concern many aspects of this interaction and concern a wide range of market participants.

Nowadays, at least two groups of risks have been identified – tax and anti-corruption:

If online area allows you to at least partially legalize the interaction between industry and the doctor, then taxes must be paid without exception!

Challenges for the future

Given the development trends of regulators and the practice of regulators, we see additional issues / risks that the pharmaceutical industry and the medical community will face:

Today there is an interesting situation with online trade of medicines, in particular with their delivery: